Eizan Electric Railway is a private company that runs a small railway network in north-eastern Kyoto. The railway is called Eizan Dentetsu in Japanese but this is often shortened to just Eiden. So whether people talk about the Eizan Railway or the Eiden Railway, they are talking about the same thing. 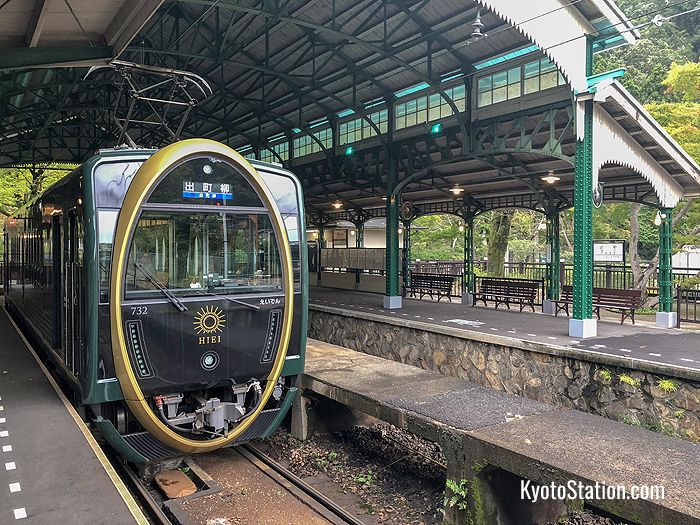 The newest Hiei train runs from Demachiyanagi to Yase-Hieizanguchi station 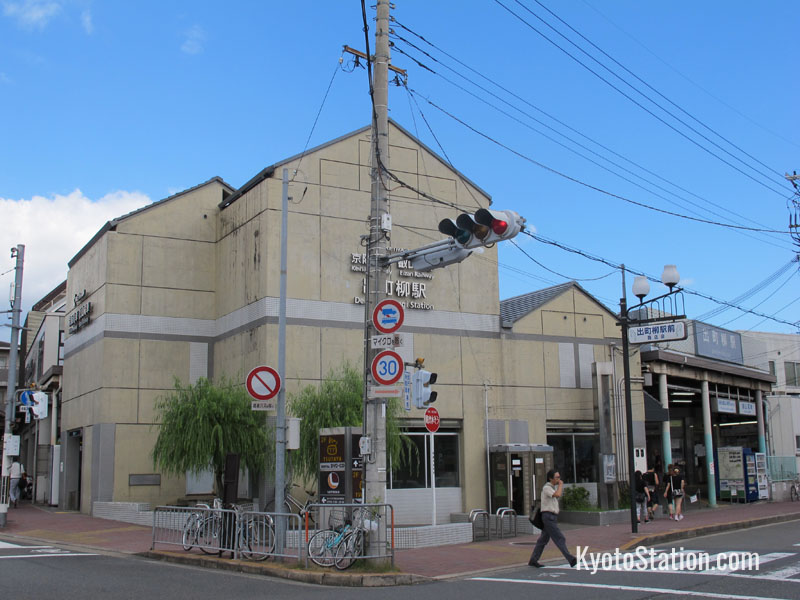 As the Eizan Railway is located in the north-east of Kyoto, it does not connect directly with Kyoto Station. Most people access it via the Keihan Main Line at Demachiyanagi. However, it is also possible to get Kyoto City Bus 4 or 17 from Kyoto Station to Demachiyanagi. The fare is 230 yen for a 25 minute journey.

A free PDF from the official Eizan website has information about the many sites along the Eizan Line that you might want to visit. Below are the stations you are most likely to use.

This is the transfer station between the Eizan Railway and the Keihan Main Line. This station is also convenient for visiting the primeval forest of Tadasu-no-Mori and Shimogamo Shrine – a designated UNESCO World Heritage Site. 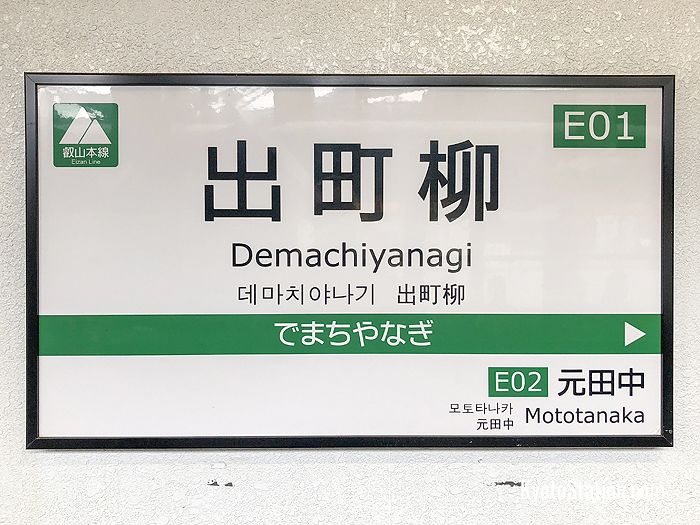 This station is convenient for the beautiful gardens and palace buildings of Shugakuin Imperial Villa. To visit this site you must book a tour through the Imperial Household Agency. It is also possible to hike up Mount Hiei from Shugakuin.

Here the Eizan Main Line and the Kurama Line separate. This station is also convenient for the popular recreation spot, Takaragaike Park.

This is the access point for Mount Hiei and at its summit the UNESCO World Heritage Site Enryakuji Temple. From here you transfer to the Eizan Cable Car, and then the Eizan Ropeway, to reach the summit. 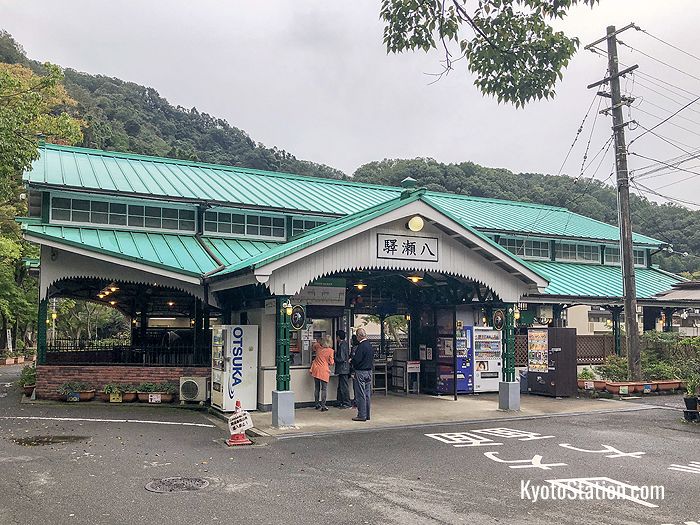 Kibune is a beautiful mountain village notable for Kifune Shrine and for the restaurants that serve meals on raised platforms above the Kibune river. Many people like to hike from Kibune over Kurama Mountain to Kurama Temple. The local scenery is beautiful at all times but particularly stunning in the fall foliage season.

Kurama is famous for the views from its mountain–top temple and for Kurama Onsen, where you can take an outdoor hot spring bath while enjoying the local scenery. 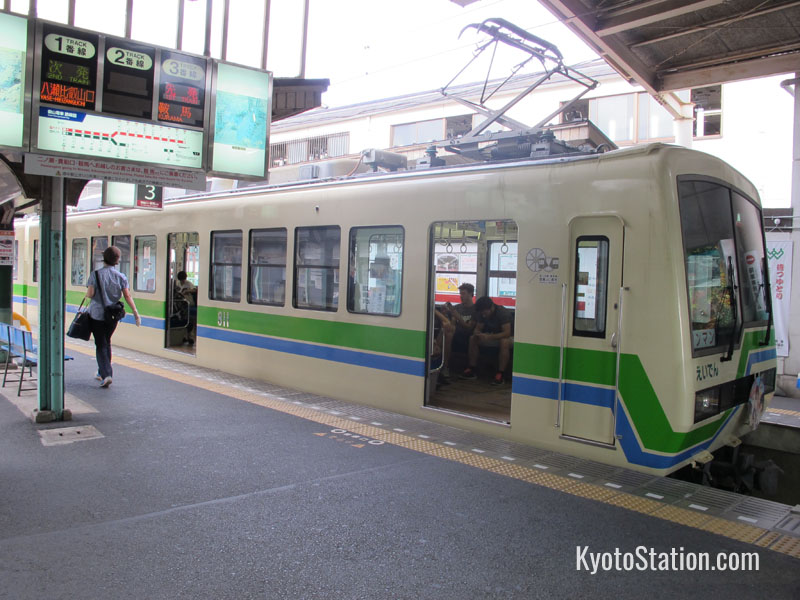 A train bound for Kurama

The easiest way to visit Mount Hiei from Kyoto is to take the Eizan Main Line to Yase Hieizanguchi Station and then transfer to the Eizan Cable Car and Eizan Ropeway. 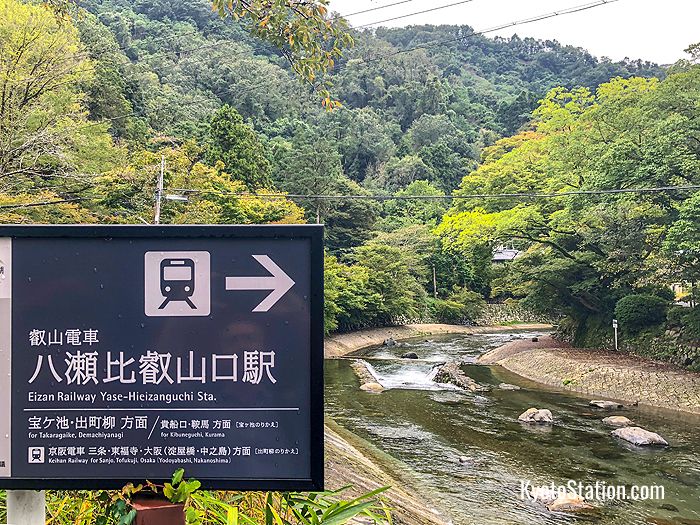 For more information about the Eizan route to the summit of Mount Hiei, see the Keihan Electric Railway website.

Alternative routes to and from the summit of Mount Hiei include by bus and by the Sakamoto Cable Car from Otsu City on the Shiga side of the mountain. The Sakamoto Cable Car is notable as having the longest cable route in Japan! If you ascend by the Eizan route and then descend on the Sakamoto side, you can include a trip to Lake Biwa in your journey. You can download a free English PDF of information about the Sakamoto Cable Car from the official website. If you wish to travel by bus, Keihan Bus 57 will take you from Demachiyanagi to the Hiei Sancho stop in 53 minutes for a fare of 820 yen. Those wishing to hike up Mount Hiei can find the beginning of the trail at Shugakuin. You can download a free PDF English guide to Enryakuji Temple at the temple’s official website.

Between Ichihara and Ninose Stations on the Kurama the train passes through a “tunnel” of maple trees. This is an attractive sight in most seasons, but particularly in May with the fresh spring leaves and in November with the glorious autumn colors. During the autumn foliage’s peak, the route is lit up at night for passengers’ full enjoyment. 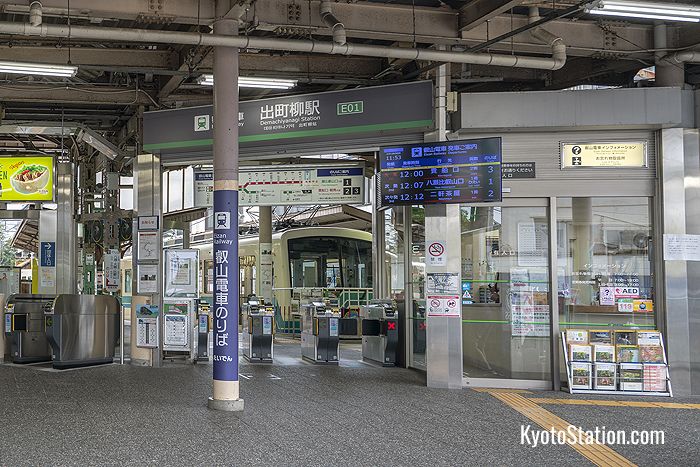 At Demachiyanagi Station you can buy your tickets at the ticket machine or ticket office and proceed through the gates as normal. However, most of the other stations en route are unmanned. In this case you will hand in your ticket at the front of the train when you get off.

Ticket machines at some of the unmanned stations are closed in the evenings. In this case you can pick up a numbered ticket from a machine when you enter the train. The fare corresponding to the number on your ticket is shown at the front of the train. At the smaller unmanned stations you will pay at the front of the train and at Demachiyanagi you will pay at the ticket gates.

Timetables and station maps for the Eizan Railway are available from the Arukumachi Kyoto website here. 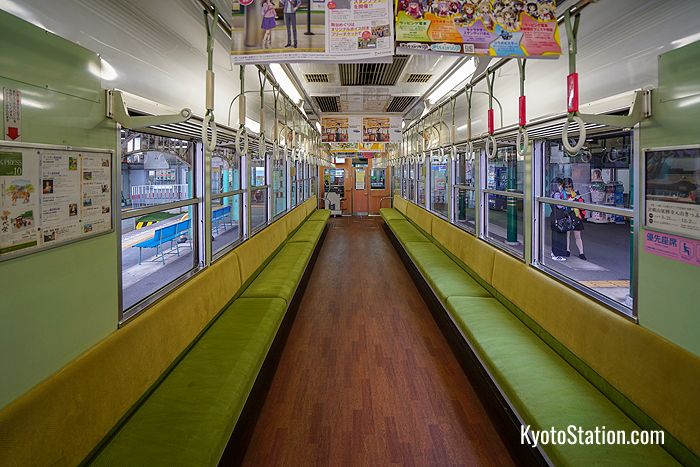 Since March 16th 2016 ten major IC cards, including ICOCA, SUICA, PASMO and PiTaPa, are accepted for payment on the Eizan Electric Railway.
You can download free route maps with information about fares and touring on a PDF from the official Eizan website.