The JR Kyoto Line is the name given to that part of the Tokaido Main Line that runs between Kyoto Station and Osaka Station. After Osaka Station the line continues but is renamed the JR Kobe Line. The JR Kobe Line connects Osaka with the important cities of Kobe and Himeji. Trains depart from platforms 4 and 5. 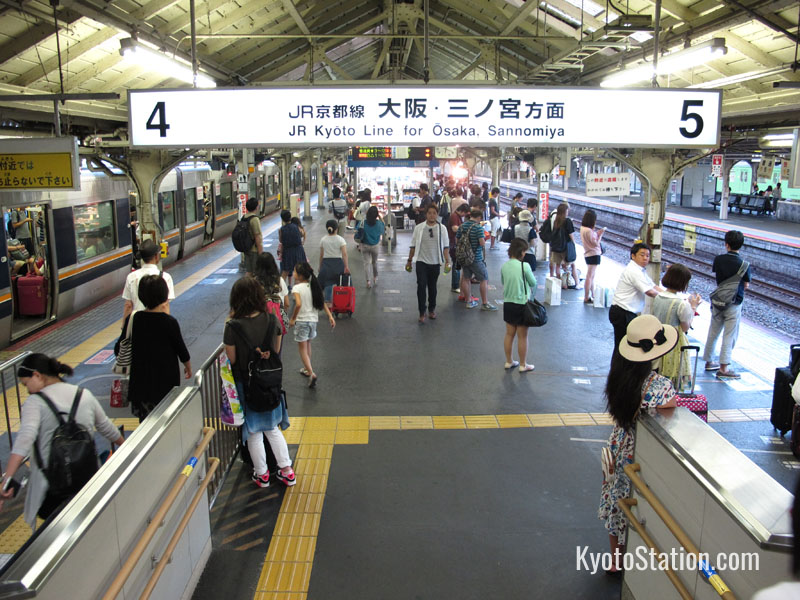 Osaka Station gives access to Osaka’s most popular shopping district, Umeda. Here you can find the Hankyu, Daimaru, Hanshin and Isetan department stores. Other popular attractions and shopping areas in Umeda are the Umeda Sky Building, HEP Five, and Grand Front Osaka. Osaka station is also a major transportation hub. Here you can transfer to the Takarazuka Line for northern Kyoto prefecture and the Osaka Loop Line. This station also connects directly with three other stations: Osaka-Umeda Station, Higashi-Umeda Station and Nishi-Umeda Station. Kitashinchi Station is a short walk south of Nishi-Umeda Station. Effectively these stations form one big station complex. Of these stations Osaka-Umeda Station is the most important as it connects with the Hankyu, Hanshin and Subway Midosuji lines.

Sannomiya Station is the main terminal for people visiting Kobe City, as it gives immediate access to Kobe’s main area of business, shopping and entertainment. Kobe itself is an attractive cosmopolitan port city. Its main attractions are Chinatown, Kobe Harborland, Meriken Park, Mount Rokko, and the Ijinkan, an area of foreign houses built in the 19th century.

The city of Himeji is most famous for its spectacular white castle. A UNESCO World Heritage Site, Himeji Castle is one of only 12 original medieval castles to have survived the last World War. Nicknamed “White Heron Castle” it is renowned for its beauty.

For more information about Himeji’s attractions visit our Traveling from Kyoto to Himeji guide. 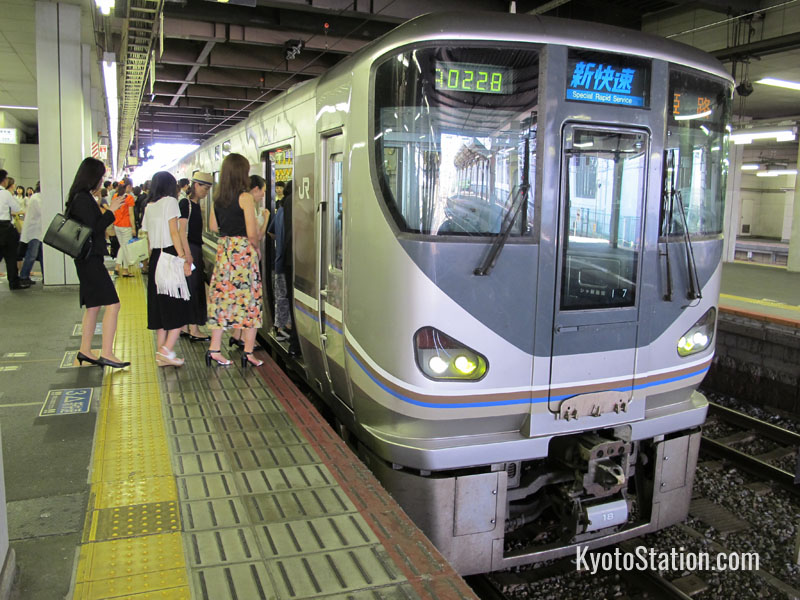 If you are traveling from central Kyoto, you might consider taking the private Hankyu Line from Kyoto-Kawaramachi or Karasuma Stations. This will get you to Osaka-Umeda Station (right beside Osaka Station) in around 40 minutes but cost you only 400 yen. The Hankyu Railway is not covered by the Japan Rail Pass.

If you are traveling from central Kyoto, you might consider taking the private Hankyu Line from Kawaramachi or Karasuma Stations. This will get you to Sannomiya Station in roughly 70 minutes or more. You will also have to transfer at Juso Station. The service is slower but much cheaper at 620 yen. Remember that the Hankyu Railway is not covered by the Japan Rail Pass.

The Special Rapid train on the JR Kyoto Line will get you to Himeji Station in 92 minutes for a fare of 2,270 yen. If you have a Japan Rail Pass, you should take the high speed shinkansen as it takes only between 45 and 58 minutes depending on the train.

It is possible to save a little money by using the Hankyu Line and other private rail lines to get to Himeji, but the route is too long and complicated for it to be truly worthwhile.

To find alternative routes on the city subway, or private railways use English language online route finders like Jorudan and Hyperdia. 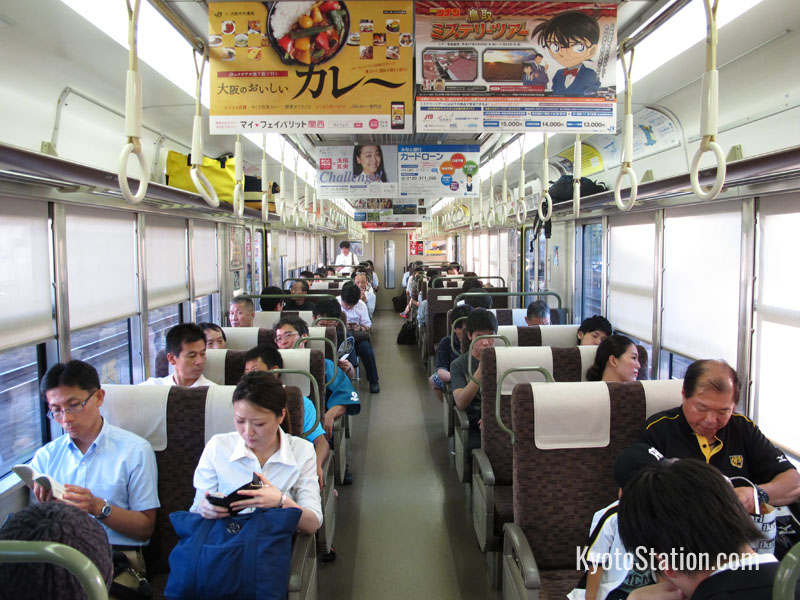 On board a Kyoto Line train bound for Sannomiya

There are 16 stations on the JR Kyoto Line between Kyoto and Osaka. There are 38 stations on the JR Kobe Line between Osaka and Himeji. These lines are served by Local, Rapid and Special Rapid Services. You can download a bilingual PDF of the JR guide to stops which includes the JR Kyoto Line and the JR Kobe Line sections of the Tokaido Main Line. Note that these lines are contiguous with the JR Biwako Line which connects Kyoto with Yamashina and Otsu. The entire Tokaido Main Line is colored blue.

You can use the JR West Timetable and Fare Finder to find trains on this line.