The Keihan Uji Line is operated by the private company Keihan Electric Railway between Chushojima Station (on the Keihan Main Line) and Uji Station. All trains on the Keihan Uji Line are local and so stop at all stations. However, as there are only 8 stations on this route, it only takes 15 minutes to reach the final stop. 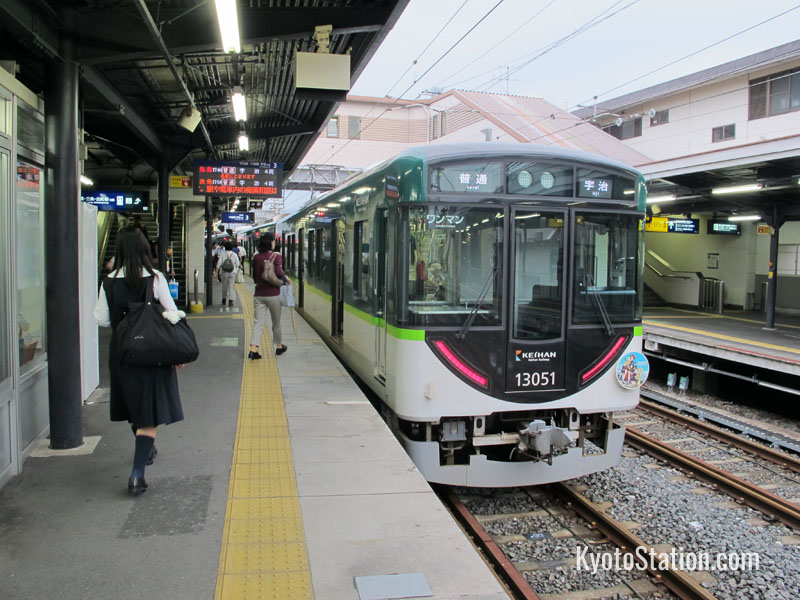 A train bound for Uji 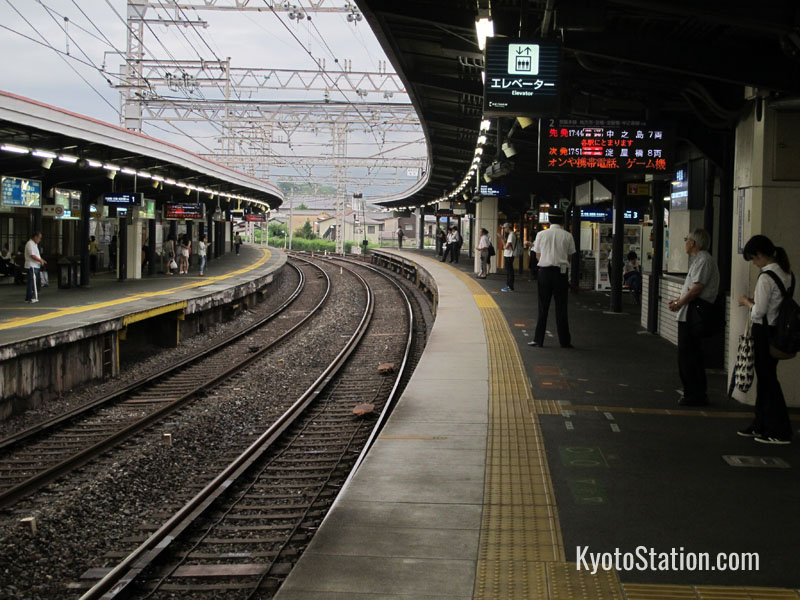 At Chushojima you can transfer between the Keihan Uji Line and the Keihan Main Line. This station also gives access to the sake breweries and canals of the southern Fushimi area. Local attractions include the Gekkeikan Okura Sake Museum and the Teradaya Inn, a museum dedicated to the heroic 19th century samurai Ryoma Sakamoto.

At Rokujizo you can transfer to the JR Nara Line and the Tozai Subway Line.

Exit here to visit Mampukuji Temple. This temple belongs to the Chinese Obaku sect of Zen Buddhism and is famous for its Chinese style architecture and Buddhist vegetarian cuisine. It is possible to take part in zazen meditation sessions here. There is also a JR Obaku station nearby where you can transfer to the JR Nara Line.

Mimurotoji Temple is a 15-minute walk from this station. This temple, nicknamed “hana-dera” or “flower temple,” is very popular in the spring for its magnificent displays of azalea, rhododendron and hydrangea flowers.

This station offers the best access to the major sites of Uji. A small city on the outskirts of Kyoto, Uji is popular for its tea shops and temples, and most notably for its two UNESCO World Heritage Sites, the Byodoin Temple and Ujigami-jinja Shrine. Other attractions include the Tale of Genji Museum, dedicated to the world’s first novel and, in the summer months, there is cormorant fishing on the Uji River. 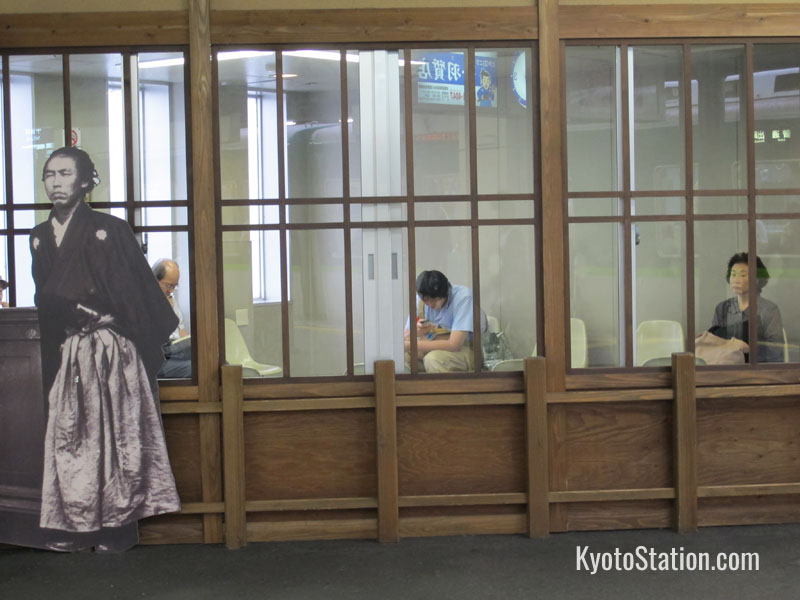