Shinano Limited Express service from Kyoto was discontinued on March 26th, 2016. Passengers traveling from Kyoto to Nagano can take the Thunderbird to Kanazawa and then change to the Hokuriku Shinkansen for Nagano. Another route is to take the Tokaido Shinkansen to Nagoya and change to the Shinano there.

The Shinano Limited Express is a service operated by JR Central that connects Osaka Station and Nagano Station. The name “Shinano” is actually an old name for Nagano city. On Kyoto Station signage this route is referred to as the Tokaido / Chuo Line. The route actually follows the Tokaido Main Line until Nagoya Station, then follows the Chuo Main Line until Shiojiri Station and finally joins the Shinonoi Line to reach Nagano Station. Though Shinano trains depart frequently from Nagoya Station, only one Shinano Limited Express leaves Kyoto Station each day. This service is fully covered by the Japan Rail Pass. Trains depart from platform 0. 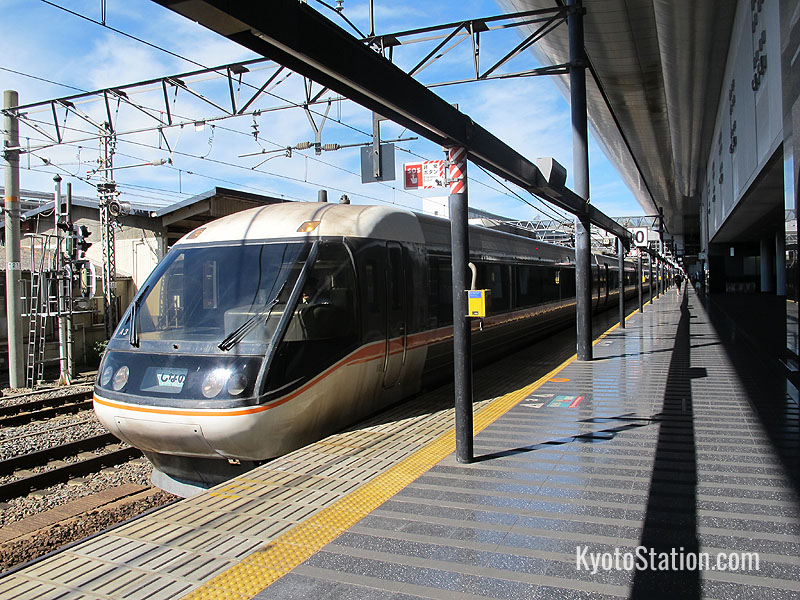 The Limited Express Shinano #9 stops at the following stations:

However, the main reason to take the Limited Express Shinano is to get quickly and conveniently to Nagano Prefecture. Here are the key destinations in that area.

The town of Kiso is your gateway to the picturesque Kiso Valley and the popular Nakasendo hiking trail. The Nakasendo, which means “central mountain way”, is a historic highway between the cities of Kyoto and Edo (now Tokyo), which runs inland through the modern prefectures of Shiga, Gifu, Nagano, Gunma and Saitama. The section of the route that runs through the Kiso Valley is said to be particularly beautiful with many well preserved post towns, pristine forests, mountain views and old fashioned ryokan style inns in which to rest along the way.

Within the city bounds of Shiojiri is the historic post town of Narai-juku, a Nationally Designated Architectural Preservation Site, which has many original Edo era buildings.

Matsumoto is Nagano Prefecture’s second largest city and justly famous for magnificent Matsumoto Castle, a designated National Treasure and one of only 12 original castles in the country (the others are post-war reconstructions). Other historic sites are the Meiji era Kaichi School building (now a museum), the well-preserved merchant buildings of the Nakamachi Dori area, and the wooden court building at Rekishi no Sato which dates from 1908. From Matsumoto you can also easily reach the beautiful mountain trails of the Kamikochi area.

Nagano City’s most popular attraction is Zenkoji Temple, known for its gigantic Sanmon and Niomon gates. Nagano is better known though as a jumping off point for the Japan Alps, and the popular ski resorts of Hakuba, Shiga Kogen and Nozawa Onsen (also known for its hot springs). Other nearby attractions include the town of Obuse, the former home of famed ukiyo-e painter Katsushika Hokusai, and the snow monkeys of the hot spring town Yudanaka. 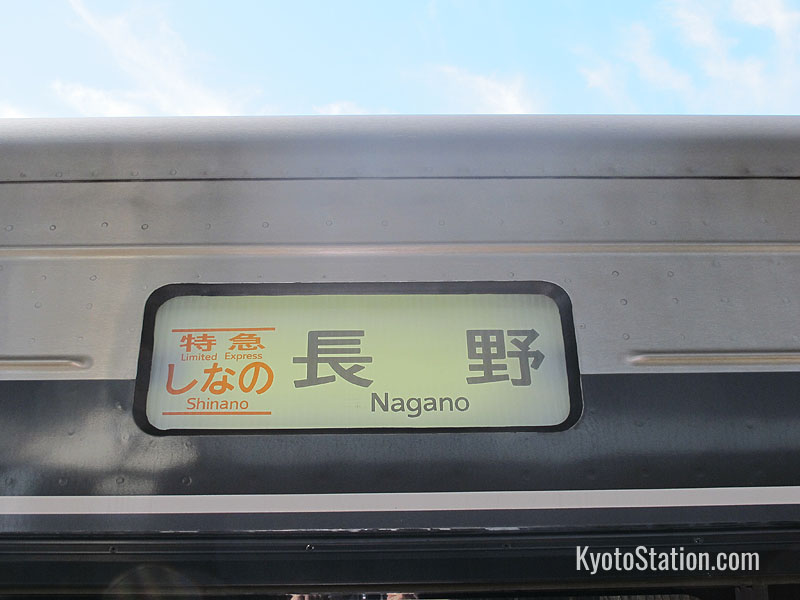 Shinano is the old name for Nagano City

The Limited Express Shinano #9 departs from Kyoto Station’s platform 0 at 9.24 am on weekdays and at 9.25 am on weekends and national holidays.

To look up connection times quickly and easily use the JR West Timetable and Fare Finder. 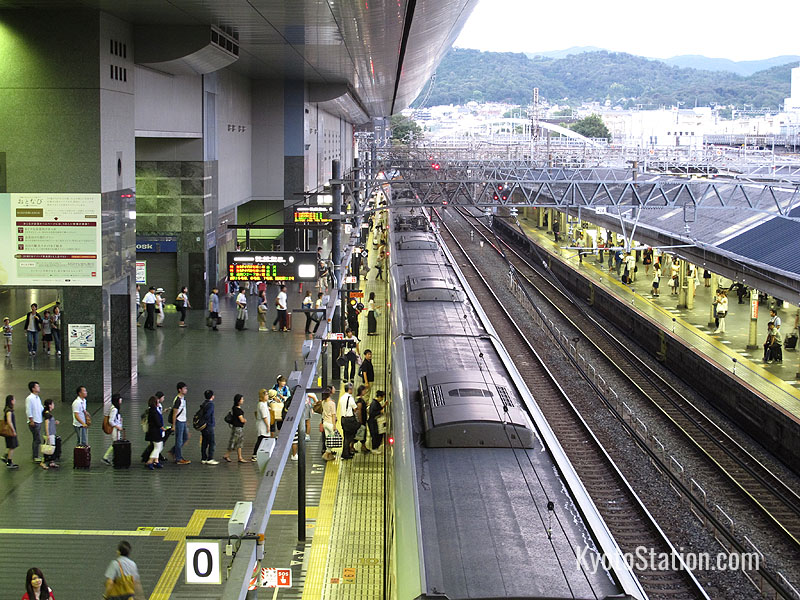 Article and photos by Michael Lambe. All rights reserved.